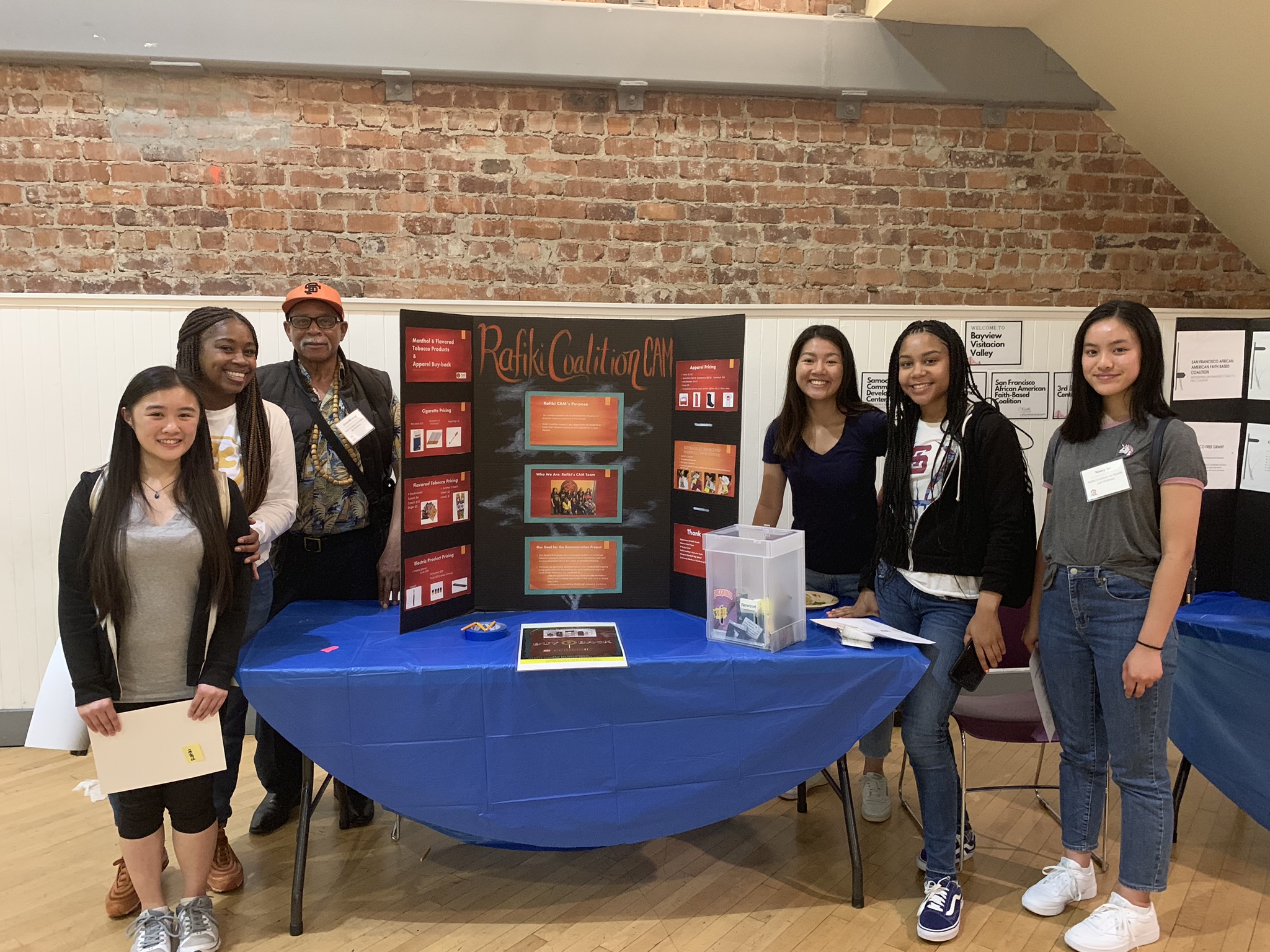 Rafiki Coalition works closely with partners and the city to strongly advocate for reducing health disparities in the underserved communities of San Francisco.

The African-American Community Health Equity Council (AACHEC) is an independent community body in collaboration with the San Francisco Department of Public Health’s African-American Health Initiative. The mission of the Council is to be a powerful advocate for health in San Francisco and to close the gap of negative health disparities affecting people of African descent by gathering and sharing health information and resources that promote effective health policies, community action and wellbeing.

AACHEC has examined research on health disparities and has sought input, energy and public policy recommendations from residents of the city’s neighborhoods with the highest Black populations (Western Addition, Bayview/Hunters Point, Visitacion Valley-Sunnydale and Oceanside-Ingleside-Merced). The resulting policy recommendations, which focus on physical health, mental health and environmental health, come from the heart of the community and are intended to impact and support a reduction of disproportionate illnesses and death in the Black community.